The jim belushi show is a documentary that follows Jim Belushi on his spiritual journey in cannabis. He talks about the struggles he has had with addiction, and how it led him to discover his spirituality.

Jim Belushi is the founder of Belushi’s Farm, a sprawling and spiritual 93 acres along Oregon’s Rogue River that is home to a diverse range of offerings, including Chasing Magic (Jim’s Secret Stash), the Blues Brothers, Captain Jack’s Gulzar Afghanica, and now the Discovery series Growing Belushi, which will premiere in the fall. (Ashley Epping’s photo illustration)

Jim is a strong proponent of the plant’s beneficial qualities across a range of applications, having lost his brother John to an overdose. Jim argues for patient rights and adult-use legalization while enabling artisan growers to flourish in economies of scale, from increasing pleasure and quality of life to reducing trauma and managing pain to a harm reduction strategy and refutation of the opiate addiction crisis.

Jim, a veteran of the Second City and Saturday Night Live, has acted in a number of highly acclaimed films and has also worked as an executive producer, music composer, director, book author, and Broadway star. According to Jim, his own television program, ran for eight seasons.

Belushi and the Board of Comedy, together with Larry Joe Campbell and other Second City alumni, perform improv sketch comedy at locations throughout the country. Jim also travels the world as Brother Zee of the legendary Blues Brothers with Dan Aykroyd. He also leads his own band, The Sacred Hearts, which is the official House of Blues house band.

We talked with Jim for our Higher Calling series, in which we interview cannabis industry executives.

Where you grew up and where you now reside.

I grew up in the Humboldt Park neighborhood on Chicago’s West Side. My father relocated us to Wheaton, Illinois, a dry town that was named the All-American City in 1967. There were more churches than petrol stations in the area. It was a really nice suburb. I’m now a wandering rogue vagrant. I live in a place where I can discover magic. It’s sometimes in Los Angeles, sometimes near the Rogue River in southern Oregon, and sometimes it’s on Martha’s Vineyard, with pauses along the route for delicious food and sweet blues.

Your present position in the cannabis business, as well as where you call home.

I’m the owner of Belushi’s Farm and a cultivator in Eagle Point, Oregon, which is located on the Rogue River in the heart of the “Banana Belt.” We produce and distribute our own SKUs throughout the state of Oregon. That is the name of my legally registered company and what I do. I’m also the chairman of Green Global Research and Data, which oversees the development of four of my brands throughout the United States: Blues Brothers, Captain Jack’s, Chasing Magic/Secret Jim’s Stash, and Chris’ Good Ugly Weed, our value brand. Flowers, chocolates, ice cream, and vape pens are among the items available.

A personal account of how cannabis has improved your life.

Cannabis has helped me to connect with my spiritual side. It’s all about plant medicine. It continues pushing one’s knowledge of oneself, others, and the world around us to new heights. I’m a passenger on this journey that the plants have taken me on. “No Jim, but you’re a steward,” one veteran informed me, “but you didn’t build this plant.”

Bhang’s chocolate is one of my favorite treats. I microdose, so 2.5 to 5 mg at the end of the day or before bed is ideal. It’s a decadent chocolate. There’s also Tulsa-based Glazed Edibles, which produces high-end, premium chocolate truffles infused with terpene-rich oils, and Boston-based Cloud Creamery, which is releasing our Blues Brothers Orange Whip infused ice cream.

Captain Jack’s flower and vape, which Belushi’s Farm has exclusive rights to, is my favorite of all my strains. In the fourth quarter of last year, the Captain Jack’s vape pen was the best-selling vape in Oregon in all three categories. We were out of supplies! Captain Jack was a personal marijuana supplier for several of Saturday Night Live’s cast and writers in the 1970s, and this strain is known for its creative vigor. “The Smell of SNL” is what it’s called.

There is no promotion! Only advertising in cannabis publications and on the radio is available. What is the best way to locate the new consumer? Furthermore, branding is more than simply a beautiful box. What is the best way to give a cannabis brand significance and a story? I’m exploring two options to assist in this endeavor. One is the tales’ genuineness, and the other is a Discovery Channel program called Growing Belushi, which may reach and educate a new audience.

One aspect of cannabis branding, collaborations, or marketing that you’re really enthusiastic about right now.

I’m really looking forward to the second season of Growing Belushi, which will premiere in October. This is a natural, genuine advertising tool, in addition to the information provided by the program. Grow Generation, Advanced Nutrients, Anden dehumidifiers, Fohse lighting, Gro-Tech greenhouses, Innovative Growers Equipment, Rogue Soil, and Total Grow Control have all been fully incorporated into the narrative of the second season’s marketing and promotional abilities. They’ve all been fantastic partners—generous, kind, and a few of them are just hilarious! This year has been a blast. It really does take a village, and these men are like family to us.

Why do you support a cannabis trade/social justice organization?

I am a supporter of the Last Prisoner Project—Steve DeAngelo, Andrew DeAngelo, and Mary Bailey are amazing visionaries and the founders of this group that seeks to free all those imprisoned for nonviolent cannabis crimes. Why? It’s self-evident that millions of dollars have been made off the backs of nonviolent cannabis offenders. They are the forerunners in our field.

They took the risks and got us to where we are now in the cannabis industry. “Remember the men and women who dug the well when you sip the water.” We’re all drinking the water, but the men and women in prison don’t have any, so they dug the well. The slings and arrows were taken. All of them should be freed right now. And, if the chance arises, everyone in our business should not only support this cause, but also employ anybody who has been imprisoned for nonviolent cannabis offenses.

During MJ Unpacked, Dan Aykroyd and I will do a Blues Brothers performance at the House of Blues in Las Vegas on Oct. 21 to support the Last Prisoner Project. Tickets are $150 and may be bought via the MJ Unpacked website. I am pleased to report that this concert has received significant sponsorship and support from a number of industry heavyweights. Please join us at the House of Blues to pursue the magic and get these individuals out of jail as soon as possible. If you haven’t already, please consider donating to the Last Prisoner Project.

If you weren’t in the cannabis business, this is what you’d be doing.

I did, after all, study acting. That might be my back-up plan. 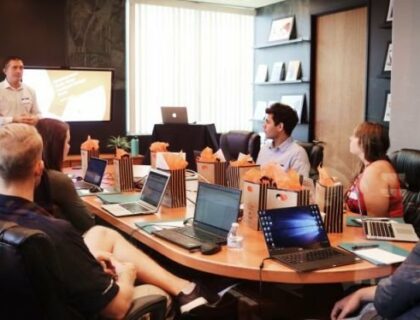 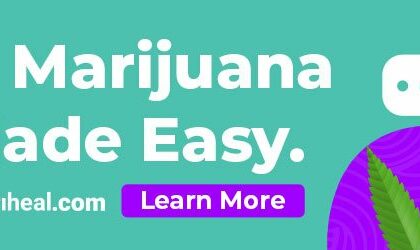