The Kansas Chamber of Commerce for Medical Cannabis was created by a group of entrepreneurs, business leaders and advocates to promote the economic development of the state’s medical marijuana industry.

Oklahoma, Colorado, and Missouri have legalized marijuana for medical use.

The Kansas Cannabis Chamber of Commerce was established by proponents of legalizing marijuana sales to advance the political, business, and health argument in a state surrounded by dispensaries in Colorado, Oklahoma, and Missouri, as well as a revived effort to open markets in Nebraska.

During the 2021 session, the Kansas House passed a measure that would have established a highly controlled medical cannabis framework, but the Kansas Senate did not take it up. Gov. Laura Kelly said she would approve medicinal marijuana legislation if it came to her desk from the Legislature. According to a poll conducted last year, two-thirds of people in Kansas favor the legalization of marijuana sales.

The aim, according to Heather Steppe, president of the new chamber of commerce, was to model the corporate organization after the diverse organizations that established industrial alliances to lobby for government policy change. Kansas should not be left out in the cold, she said, while dozens of states go forward with the establishment of businesses to produce, manufacture, transport, and sell cannabis for medical purposes.

Steppe said, “We’re not reinventing the wheel.” “We’re simply trying to lube it up and get it functioning for Kansas,” says the team.

On the Kansas Reflector podcast, Steppe, who co-owns the CBD company KC Hemp Co. in Overland Park, stated that legalization is becoming a bipartisan issue. Kansas is seeing a shift in political views about marijuana, she said, but it’s taking a long time given the state’s long history of prohibition.

The passage of law is only one stage in a long process that also includes the creation of a regulatory bureaucracy, including taxes and supervision, as well as the development of a business community capable of dealing with science, logistics, and administration of such a specialized industry.

“It has a lot of subtlety to it.” Banking, for example, is an issue. Marketing is an issue. “Choosing a name is a challenge,” Steppe said. “So, we really just want to be able to offer advice and counsel to people who want to go into this business and help build the foundation for when medicinal cannabis becomes a reality in Kansas,” she says.

Attraction that is bipartisan

Republicans and Democrats, as well as conservatives and liberals, are all part of Kansas’ medicinal marijuana movement. Without bipartisanship, passing a cannabis law through the legislature would be difficult.

Although some lawmakers seem reluctant to budge, the crucial statistic remains 63, 21 and one. This entails a two-thirds majority in the House and Senate, as well as the governor’s signature.

During a political discussion on the subject, Rep. Ron Highland, R-Wamego, said that he was opposed to medicinal marijuana because the federal government has long considered marijuana to be a deadly narcotic on par with heroin or cocaine.

The government’s stance has been questioned in dozens of states, but Highland speaks for roughly a third of the House who opposes legalizing THC for medicinal purposes.

“Here we are, at the state level, claiming to be smarter than them. What conceit. “This is absurd,” Highland said.

Some lawmakers, according to Steppe, used images that compared marijuana usage to cooking an egg in a skillet. She said the chamber of commerce’s plan is to keep working on the time-consuming job of informing legislators about the reality of intentional use of THC-laced goods.

The idea of the house

Consumption of marijuana products would be permitted for patients under the supervision of a physician under the House-approved medicinal marijuana measure.

Patients suffering from cancer, epilepsy, glaucoma, multiple sclerosis, Parkinson’s disease, traumatic brain injury, Alzheimer’s disease, and other severe illnesses would have access to the medicine under Senate Bill 158. It would allow counties the power to opt out of any element of the medicinal marijuana legislation. Universities in the state would be allowed to conduct marijuana research.

Rep. Blake Carpenter, a Republican, aided in the passage of a bipartisan measure allowing the use of cannabis for medicinal reasons in the House. The measure was not taken up by the Senate. (Kansas Reflector/Kansas Legislature screen grab)

The legislation established a licensing system for producers and sellers. In Kansas, medical marijuana may be sold as oils, tinctures, patches, or edibles, but smoking or vaping would be prohibited. Employers in Kansas would be able to ban the use of medicinal marijuana in the workplace under the House bill.

Steppe believes Kansas legislators should explore broadening the circumstances under which a patient qualifies for medical marijuana. According to her, the Kansas model should maintain licensing costs fair and avoid imposing limits on the number of shops that may be licensed by the state.

Furthermore, she said that patients using THC for PTSD would benefit from the rapid effect of smoking the substance rather than ingesting anything that would have to be absorbed via the digestive system.

“Having instant access to those cannabinoids would be much preferable than having to, you know, ingest it through consumable, which might take up to two hours to act,” she added. 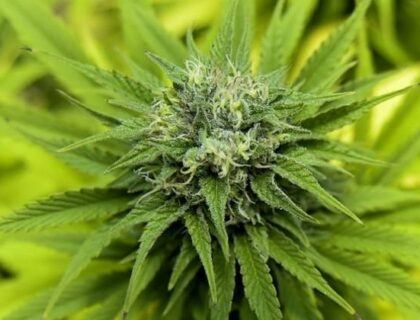