The city council in Sioux Falls, SD is taking a stand against marijuana by banning cannabis cultivation and limiting cannabis dispensaries to just 5. City officials argue that the current cannabis industry is detrimental to the city and that the money that is being made is not benefiting the people.

In Sioux Falls, medical marijuana shop licenses will be in high demand.

The Sioux Falls City Council approved a proposal from Mayor Paul TenHaken’s office on Tuesday night that would limit the number of retail shops that may operate in the city to five. Even though councilors reduced City Hall’s proposed $100,000 licensing price, another late amendment enabling licenses to be sold on the secondary market is likely to increase the value of a license even more.

“By making a $50,000 license transferable, the Sioux Falls City Council has just turned dispensary licenses into liquor licenses,” Drew Duncan, a Sioux Falls attorney and lobbyist for clients in South Dakota’s gaming and alcohol industries, stated through social media after the 7-1 decision.

To illustrate his argument, a new liquor license from the city costs about $200,000, but due to a state-imposed limit on the number of licenses the city may sell, secondary market prices have risen to $300,000 or more.

TenHaken and supporters of his clause prohibiting dispensary license transfers are concerned that permitting them to be traded on the secondary market would artificially inflate their value, as has occurred with liquor licenses. However, Councilor Janet Brekke and the rest of the Council determined that allowing a license to be owned wholly would limit a cannabis retailer’s ability to expand their company too much.

Brekke stated of TenHaken’s initial plan, “We’re not enabling a company owner to build ownership in his firm.”

TenHaken’s plan was also subjected to a number of modifications before receiving ultimate approval.

Since announcing the proposal in August, the first-term mayor has faced public and private criticism for pushing for what pro-business and pro-cannabis advocates have described as a “de facto ban” on medical marijuana due to the high cost of a license and zoning rules that prohibit marijuana retail in the majority of the city’s commercial districts.

Members of the public who spoke at sessions where the draft ordinance was debated in recent weeks were also against the five license limit.

While the most of the complaints councilors heard Tuesday night were about the five-license limit and the zoning map that would determine where marijuana businesses may operate, City Hall’s attempt to outright ban testing and growing facilities also drew significant opposition. Last month, however, TenHaken agreed to allow an unlimited number of testing facilities in the city after hearing from the public and several unhappy municipal councilors. In the city of Sioux Falls, cultivation facilities are still prohibited.

Nonetheless, he wanted the testing facility licensing cost to be set at $100,000, the same as dispensary licenses. However, on Tuesday night, Councilor Rick Kiley persuaded his colleagues to reduce the amount to $5,000. In addition, he was successful in changing the renewal charge amount.

The cost of renewing a dispensary license each year was set at $25,000 in the final law, and $1,500 for a testing facility license.

The mayor has complete authority.’

The amount of administrative power TenHaken sought to put at City Hall in deciding whether to cancel medicinal marijuana licenses was also unpopular with councilors. The city attorney’s office would have had the power to revoke any license under the mayor’s initial plan for a variety of reasons, including if a dispensary was the victim of a robbery.

If the business objected, the municipal finance officer would have been the appellate authority.

“The mayor has complete authority, and they may revoke on a whim, which is sort of scary,” Brekke remarked before the meeting.

Finally, the Council changed the law to enable City Hall to simply offer recommendations for license revocation, leaving the ultimate decision to the City Council, similar to how a liquor license is revoked.

TenHaken praised the Council and the city attorney’s office for vetting marijuana policy in other jurisdictions before putting forward an ordinance that he believes is best suited for Sioux Falls, following more than two hours of testimony and deliberation that ended with a 7-1 vote (Pat Starr voted no).

“To ever suggest that we haven’t spoken to other towns or communities in studying this is just not accurate,” he added. “Our office has put in hundreds of hours to make sure we’ve done everything correctly.” 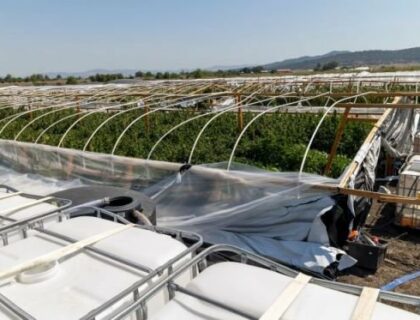 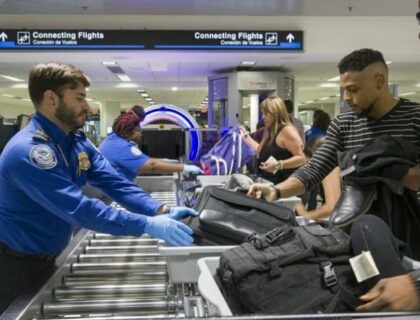 For better or worse, tourists now have to deal with weed