Weed documentaries are a great way to learn about the history of cannabis and see how it has been used in society. They offer an important perspective on weed, which is often ignored or misrepresented by mainstream media. Whether you’re looking for historical context, entertainment, or educational content, there’s something perfect for your needs here. 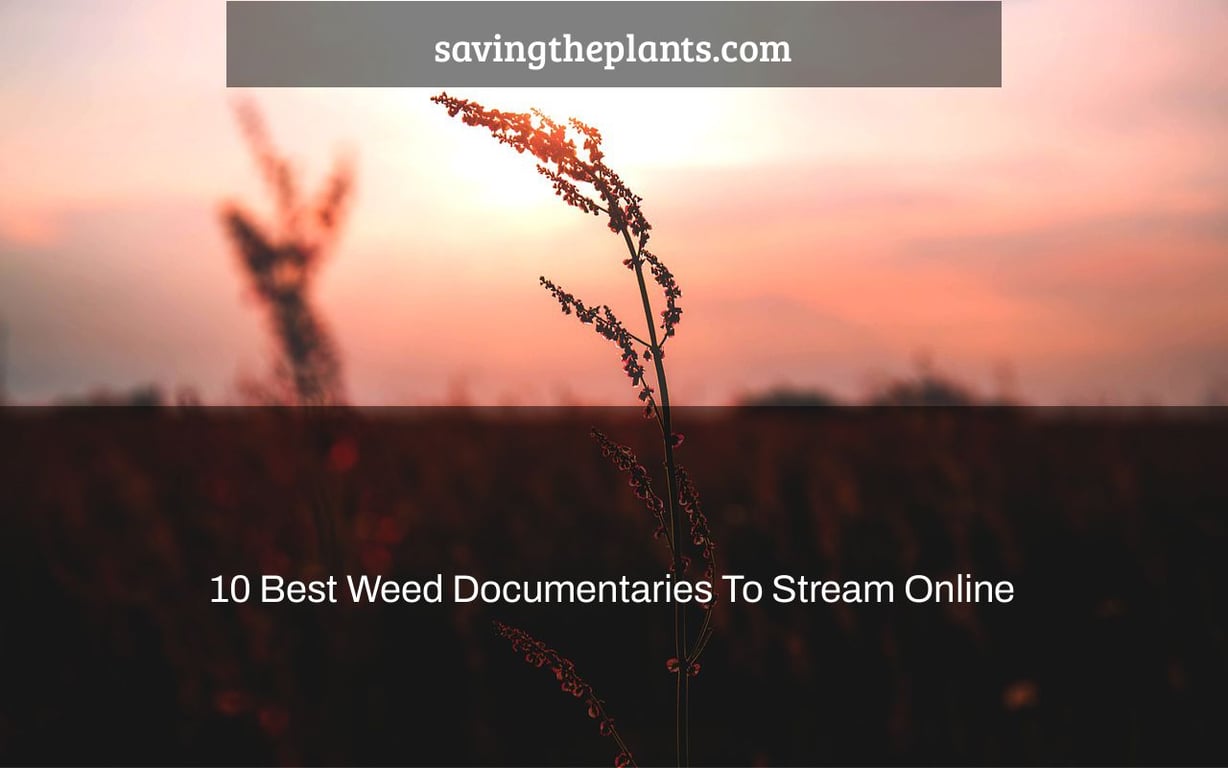 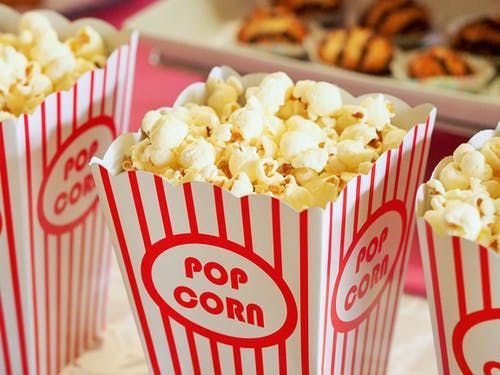 Do you want to learn something new during the holidays? Look no farther than these pot films to get a sense of the larger picture of the United States’ tangled relationship with cannabis.

Being aware of how the 2010s were a decade of great gains for the free marijuana movement across the globe is part of the process of becoming a conscious stoner. This is notably true in the United States, which was the most prominent supporter of the War on Drugs in the twentieth century. To comprehend this triumph, we must first comprehend the societal toll that was incurred in order to bring us to where we are today, despite the fact that the war is far from done.

These ten videos provide a comprehensive overview of the United States’ complex connection with cannabis. In these films, every facet of marijuana’s effects on social life is discussed.

Grass is Greener, directed by Fab 5 Freddy and available on Netflix, is a masterpiece about the roots of marijuana in the United States and the inconsistencies that emerged from there. It features icons like as Bob Marley, Louis Armstrong, Duke Ellington, Snoop Dogg, and others to tell the tale of cannabis in America. It’s a celebration of marijuana’s contribution to jazz, hip hop, and world music. Put your headphones on since music is an important part of this film.

The film also looks at the drug battle. Prohibition of marijuana was a major factor in the subjugation of people of color, women, and anti-war movements during the twentieth century. It details the abuses committed under the guise of prohibition up to the present day, as well as how’reefer madness’ swept the United States.

The Denver Post’s pioneering position of forming a cannabis journalism department under the direction of Ricardo Baca is the subject of Mitch Dickman’s film Rolling Papers. This documentary shows how the free marijuana movement is helping a diminishing journalistic business niche turn its fortunes around.

This film delves into the personal lives of the journalists, touching on divisive topics including parenting and cannabis, as well as persisting prejudices regarding the war on drugs.

So get your Netflix account ready because Rolling Papers is a must-see film for everyone, not just cannabis fans. It demonstrates the many potential available to cannabis entrepreneurs. Also, check out the masterfully crafted marijuana strain cut scenes.

Weed the People is a heartwarming documentary about American families and cannabis that won the Audience Choice Award for Best Documentary at the 2018 Nashville Film Festival.

Weed the People is a documentary directed by Abby Epstein that follows cancer patients and their families as they battle former Attorney General Jeff Sessions and anti-marijuana legislation. The video looks at the United States’ prohibitionist scientific inclinations in the drug war, as well as more sophisticated international cannabis and cancer research.

Brett Harvey made a fantastic documentary called The Culture High in 2014. The film was nominated for many awards at international film festivals and won Best Documentary at the 2015 AMPIA Awards.

The Culture High, which is available on Vimeo, delves into the misinformation and dishonest prohibitionist rhetoric that was widely promoted in the twentieth century. The film debunks the myths surrounding cannabis and schizophrenia, addiction, lung damage, existential agony, and other elements of human social behavior.

With the 2013 short documentary High Country: The Future of Weed, Vice grabs the wheel. Many U.S. states began a legalization process for marijuana that addressed recreational usage following decades of prejudice and denial of marijuana’s usefulness to the people. Vice Motherboard investigates the growing expansion of cannabis-related companies in Colorado, the first regulated, taxed, and legal cannabis market.

The video, which is available on YouTube, showcases experienced cannabis farmers and outlines a growing strategy that uses every part of the plant throughout the manufacturing process, from the leaves to the flowers, with no loss of cannabis value.

The article then goes on to discuss the burgeoning cannabis tech business, as well as the multiple ways that cannabis may be developed from seed to consumption and the employment that it can generate. This documentary will persuade you that the cannabis industry’s potential is limitless.

CNN broadcast a full-length documentary series called “WEED – A CNN Special Report by Dr. Sanjay Gupta” in 2013. It represents a shift in media perceptions about marijuana in the United States. The series presents the drug war propaganda as a widespread fallacy created by Harry J. Anslinger, the first Drug Czar in the United States and former Commissioner of the Federal Bureau of Narcotics. It is hypothesized that Anslinger used marijuana as the #1 Public Enemy to obtain political capital and boost his department’s budget.

CNN adopts an unusual and progressive stance on marijuana. It criticizes the bad management of marijuana legislation in the United States throughout the decades and is available from a variety of online sites.

Weediquette is an unfinished Viceland TV documentary series following Krishna Andavolu and his mission to learn about the cannabis boom’s benefits to science, culture, health, and economy.

Although the project isn’t officially ended, Viceland and Krishna aired 24 episodes in 2016 and 2017, covering a wide range of societal issues related to cannabis and the drug war. The themes are diverse, and they include misconceptions and realities concerning war veterans’ use of cannabis to treat PTSD, autism therapy, driving while impaired by marijuana, deportation, parenting, and many other contentious issues.

Given the excellent quality of material, state-of-the-art video production, and writing, Weediquette serves as a homage to marijuana and its uses, and has virtually encyclopedic worth to the cannabis community.

This film examines the history of marijuana in the United States throughout the twentieth century, providing great insight into what made Americans so scared of the drug and how that fear affected society and the economy. The video addresses important problems such as xenophobia against Mexican immigrants, who have long been connected with marijuana usage, federal prohibitions and harsh punishments, societal shame, and the effects of recreational cannabis use.

This film is now 22 years old, and a lot has changed since then, including how marijuana is seen in current American culture. Many of the themes discussed in this video are still relevant today. Propaganda, old and rusty movies like Tell Your Children (1936), which portray cannabis as a narcotic that generates violent inclinations and a gateway drug that leads to serious addictions, are the major reasons for a bad attitude toward weed. Grass debunks such fallacies and offers a look back at society’s stance toward marijuana. We now have a somewhat different image in front of us after more than 20 years, allowing us to go even deeper into the past to observe what has changed and where we are heading.

This isn’t something you see every day: a group of nuns devises a plan to produce their own marijuana and sell it to residents of the California Valley. Sister Kate, a businesswoman from California, came up with the notion of assisting people in suffering by providing them with a natural and healthful treatment — cannabis. Sister Kate organized a group of activists and decided to start selling marijuana in the neighborhood. The video depicts her battles with local anti-weed campaigners, as well as the good and bad aspects of the industry.

This documentary is almost entirely centered on a single group of individuals who sell marijuana in California, as if it were a commercial for their product. Let’s face it: the movie is a gigantic pitch for the Sisters of the Valley, and it seems like a drama show at points. Did you get a glimpse of the Tiger King? Change the tigers for pot and the gun-toting rednecks for weed-selling nuns, and you’ll have the overall concept of what’s going on there. It seems like certain scandals, shootings, and police raids are pleasant and exciting. Even if the documentary isn’t as analytical or enlightening as you would want, the narrative is nonetheless entertaining.

A NORML Life is a 2011 documentary that depicts the state of cannabis legalization in the United States at the time of its publication. The film is based on a number of interviews with persons who are engaged in the cannabis industry in some capacity — physicians, farmers, users, scientists, and so on. All of these folks speak highly about marijuana’s benefits. The evidence is overwhelming; everything leads to the simple reality that marijuana may have a very good influence on people’s health and has practically no adverse effects when ingested modestly, from personal experiences to scientific data.

Given how the situation has altered over the last decade, the film seems a little antiquated. It does, however, provide a wealth of information and stimulate thought in the viewer. Once again, we have the opportunity to take a look back at the role of marijuana in our society and acquire a better understanding of the path we are heading in.

Fortunately, things have improved in the last decade in terms of marijuana legalization, and this video shows us how far we’ve come. It’s an excellent documentary that will help you have a better knowledge of how marijuana works and how it may benefit us individually and society. 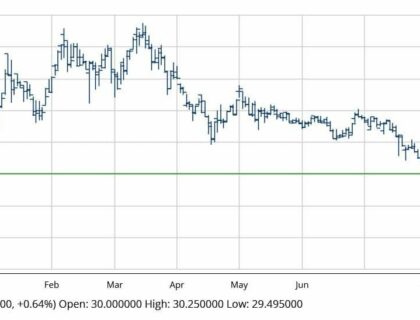 Meet the New King of the U.S. Cannabis Industry