The rollout of medical marijuana services in New York has made significant progress, with four of the state’s five boroughs now accepting applications from patients and doctors. But there’s still uncertainty surrounding the legality of the state’s recreational marijuana program, which could be delayed until 2020 or even 2024, depending on what choices state lawmakers make next year.

New York is getting closer to allowing legal cannabis, but advocates are already worried about how many licenses will be distributed and what will happen to existing patients.

In a state that has been at the center of the national debate over marijuana legalization, New York has been a major player. In December, the state’s Department of Health announced a new licensing system to allow for medical marijuana businesses. The department also issued a series of licenses to dispensaries, and announced a plan to have non-profit organizations run at least a dozen of them.

The state legislature approved nominations to supervise the regulatory process this week, giving the implementation of New York’s fresh cannabis laws a new lease of life, but the state is still months away from granting licenses to retailers, producers, and processors.

In April, the Marijuana Regulation and Taxation Act (MRTA) was signed into law. Governor Andrew Cuomo did not appoint individuals to the newly formed Office of Cannabis Management and Cannabis Control Board, thus most of the implementation has been postponed.

“These are the individuals who drafted the legislation. When they created those laws, they should have had these individuals in mind,” Troy Smit, Deputy Director of Empire State NORML, stated.

Governor Kathy Hochul has named two individuals to the top positions in the cannabis regulatory agency. The state senate swiftly approved Christopher Alexander as Executive Director of the Office of Cannabis Management during a special summer session. Given Alexander’s previous work for the Drug Policy Alliance, the decision delighted many cannabis supporters, especially those from the more progressive activist center.

“He is the perfect individual to carry out the MRTA’s mission and ensure that the New York State cannabis sector has social and economic equity,” said Allan Gandelman, President of the New York Cannabis Processors and Growers Association.

Former Assemblymember Tremaine Wright was also approved by the Senate to lead the five-member Cannabis Control Board.

Despite the nominations, recreational sales will not commence in New York until 2022. Because there are still a lot of positions to be filled in the state’s cannabis regulatory framework, it’s unclear how fast that timetable will go ahead.

The Cannabis Advisory Board, a seven-member body of of appointments from the Senate, Assembly, and Governor, is responsible for rules governing the issuance of social and economic equality licenses to underserved groups and communities who have been disproportionately policed. To far, none of the seven members have been nominated. In addition, the governor and legislature must select the remaining four members of the Cannabis Control Board, as well as numerous other senior positions in the Office of Cannabis Management.

As bigger corporate cannabis firms from out of state look up operations in New York, Gandelman and others are concerned that such applicants will have a tougher difficulty establishing enterprises.

“The longer it takes for the program to get up and running, the fewer employment will be generated, and the fewer social equity candidates will be able to get into the company because we’re going to be up against some significant competition from out of state,” Gandelman said.

These major rivals have begun to invest in real estate and other resources in New York, enabling them to gain a head start when it comes to expanding and launching retail sales.

While New York cannabis rollout moves ahead, but roadblocks remain The state’s Finance Department unveiled a draft regulatory framework for the state’s nascent cannabis markets on Tuesday. In a press conference, the state’s Deputy Attorney General, Andrew M. Cuomo, said the department would seek to make the law as “safe and responsible” as possible. Under The New York Medical Marijuana Program (NYMMP), the state is now developing the rules and regulations for how it will award and distribute licenses to businesses and dispensaries to sell medical marijuana.. Read more about new york politics reddit and let us know what you think.

The Godfather says Shane McMahon owns a Cannabis co-op, Vince McMahon would love for everyone to smoke weed 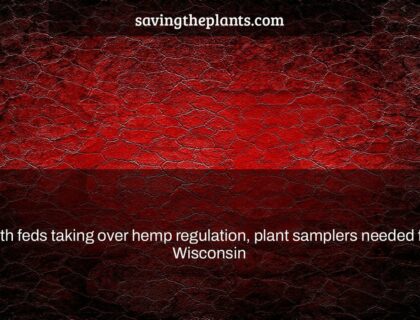