Adults with a history of cannabis use have subtle, but long-lasting, changes to speech

Cannabis is a psychoactive plant that alters the mind. It affects how people feel, think, and behave by altering their brain chemistry. This makes it difficult to study cannabis use in adults because of the changes it causes. But researchers were able to examine cannabis-related effects on speech patterns. They found that adults with a history of cannabis use have subtle, but long-lasting, changes to their speech patterns.

The live civilized is a study that has found adults with a history of cannabis use have subtle, but long-lasting, changes to speech.

The butt of well-intentioned jokes has long been stereotypical “stoner” speech and cadence, but an Australian-led team of researchers questioned whether marijuana users really spoke differently than non-consumers. They chose to gather speech samples from 31 individuals with a history of low to moderate cannabis use and no illegal stimulant drug use, as well as 40 non-drug users.

According to the research, which was published online in Drug and Alcohol Dependence, participants delivered a monologue, a sustained vowel, stated the days of the week, and read a phonetically balanced text. The samples were then subjected to an acoustic analysis for timing, voice control, and quality.

Researchers discovered some changes between individuals who used cannabis and those who did not, but not as many as some would have anticipated.

The research authors note that “subtle changes in speech timing, vocal effort, and voice quality may occur between cannabis and control groups,” but that “data remain equivocal.”

The sole difference between the two groups was spectral tilt, or vocal effort and intensity, after scientists adjusted for lifetime alcohol and cigarette use and applied a false discovery rate.

They write that this “appeared to alter in accordance with length of cannabis abstinence,” perhaps implying that “differences across groups may represent longer-term changes to the fundamental brain regulation of speech.”

According to PsyPost, researchers discovered that “cannabis users produced speech with greater variability in pause length and were less likely to maintain a constant intensity of vocalizations than non-users,” but these differences were no longer significant once the false discovery rate was taken into account.

Speaking requires approximately 100 muscles, according to Verbling, an online language learning platform. These muscles include those in the lips, tongue, throat, cheeks, and jaw. “Every bodily spoken word or brief sentence is followed by its own distinct sequence of muscular movements,” says Reference.

“The health of the brain is affected by speech. Even in otherwise healthy individuals, drug use may cause changes in behavior and cognitive/motor actions, according to research co-author Adam Vogel, as quoted by PsyPost. Vogel told the newspaper that subtle changes in speech from long-term cannabis usage “are likely not discernible by the human ear, but need specialist techniques for detection of the tiny, but possibly real changes in performance.”

A 2008 research looked at the effects of 28 days of cannabis abstinence on motor performance in chronic cannabis users. Researchers discovered that after stopping cannabis usage, “residual decreased brain activity is still seen in motor cortical circuits.”

“Our computerized analysis of speech indicates there may be a signal distinguishing people with a history of recreational cannabis use from healthy controls, in line with comparable results from gait and hand function studies,” the authors of the most current research conclude.

“History of cannabis use is linked with long-lasting alterations in open-chain components of walking gait, although the degree of change is not clinically detectable,” according to a 2017 research. 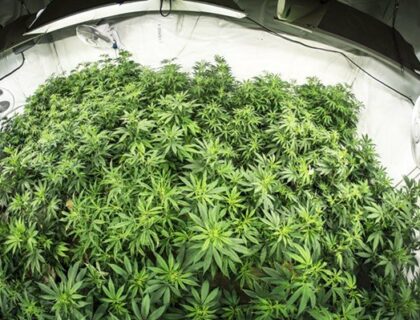 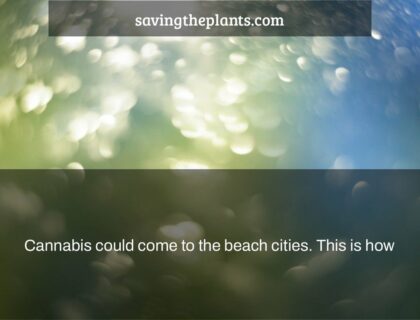 Cannabis could come to the beach cities. This is how