Medical marijuana is legal in 29 states, but the federal government still sees it as a Schedule 1 drug. However, Amazon has landed an exclusive deal with Aurora Cannabis Inc to sell weed online. Will this be enough to change the opinion of the future of cannabis?

Amazon is going to space, and now they are also supporting the legalization of cannabis. In a recent tweet, Amazon said that they will be selling CBD products. Read more in detail here: amazon supports legalization.

Jeff Bezos, the CEO of Amazon, recently traveled to space. His business now seems to be on the verge of breaking into a new market: marijuana legalization.

Amazon just stated last month that it will no longer test employees for marijuana-related drugs, while simultaneously endorsing proposed legislation that would legalize marijuana on a federal level. And now there are indications that the world’s biggest online retailer is preparing to commit its considerable financial resources to the cause.

Legalization lobbyists are “pinning their hopes on Amazon using its experienced lobbying team and deep pockets to support their efforts, believing it could help them launch ad campaigns and persuade lawmakers opposed to legalization—especially those who represent states where cannabis is legal—to change their minds,” according to a story published on Tuesday by Politico.

According to the article, “cannabis lobbyists and activists who talked with Amazon made it apparent that the firm is already engaged in cannabis talks in Washington, D.C..” “The issue on everyone’s mind is if Amazon actively lobbyists or invests financially in legislation.”

According to the report, there are signs that Amazon is “interested in trying to persuade other companies and Congress to support legalization,” with “a number of advocacy and industry groups, including Drug Policy Alliance, the National Organization for the Reform of Marijuana Laws, and Canopy Growth Inc., [having] reported meeting with Amazon officials in the past month to discuss legalization.”

According to Politico, the cannabis industry and other legalization advocates are split on Amazon’s involvement in the movement, with some saying that “the money and influence Amazon could bring to the issue could be a big help to a still-underfunded lobbying effort,” while others are concerned that “Amazon’s involvement indicates it actually plans to entice people to buy marijuana.”

In a blog post last month, Dave Clark, Amazon’s worldwide consumer CEO, announced the company’s shift in drug testing policy as well as its support for the Marijuana Opportunity Reinvestment and Expungement Act of 2021 (MORE Acct), a legalization proposal introduced in the United States House of Representatives.

“In the past, we’ve excluded individuals from working at Amazon if they tested positive for marijuana usage, as have many other employers,” Clark wrote. “However, considering the direction in which state laws are going throughout the United States, we’ve altered our minds. Marijuana will no longer be included in our comprehensive drug screening program for any jobs not controlled by the Department of Transportation, and it will be treated similarly to alcohol usage. We will continue to do job-related impairment checks and will test for all drugs and alcohol after any incident.”

“And because we recognize that this is a bigger issue than Amazon, our public policy team will be actively supporting The Marijuana Opportunity Reinvestment and Expungement Act of 2021 (MORE Act), federal legislation that would legalize marijuana at the federal level, expunge criminal records, and invest in impacted communities,” he continued. We hope that more businesses would follow our lead and that politicians will move quickly to enact this legislation.”

In late May, the MORE Act was reintroduced in the House; it had previously passed the house in December 2020 but had stalled in the Senate.

The bill, introduced by House Judiciary Committee Chairman Jerry Nadler, would “decriminalize and deschedule cannabis,” as well as “reinvest in those individuals adversely affected by the War on Drugs, [and] for expungement of some cannabis crimes, and for other purposes.”

Amazon, which is now known as “Amazon.com Inc.” has made a move into the cannabis industry with its acquisition of the Canadian company “Cannabis Sativa”. The company’s name change to “Amazon.com Inc.” was announced on April 29th, 2019. Reference: amazon impairment checks. 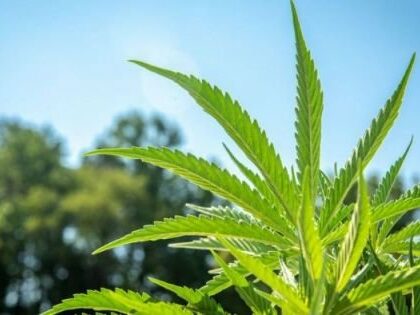 Adults with a history of cannabis use have subtle, but long-lasting, changes to speech 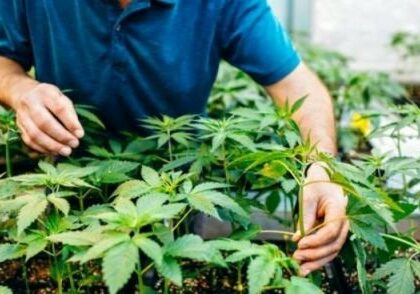