Recent Poll Reveals Half of US Adults Have Tried Cannabis

The recent poll from the Pew Research Center revealed that half of US adults have tried cannabis, with a majority of those who have tried it saying they use it at least once a month.

According to Worldometer, the United States has a population of 333,408,350 people as of September 23, making it the world’s third-largest nation. Gallup recently conducted a survey that put those figures in perspective with the cannabis business, finding that almost half of all American adults had used cannabis at some point in their lives. Given that just 4% of Americans acknowledged using cannabis in 1969, it’s fair to assume that public perceptions of the plant are rapidly changing.

The Gallup Poll on American Consumption Habits in 2021

From July 6 to 21, Gallup conducted its annual Consumption Habits survey, which revealed that 49 percent of American adults had tried cannabis. Since Gallup started measuring individuals’ purchasing patterns over 50 years ago, this proportion has gradually increased, surpassing 20% in 1977, 30% in 1985, and 40% in 2015. However, due of the stigma and misinformation that drove the ban of cannabis, we can’t be sure how accurate those earlier numbers are.

The poll’s findings also indicated that there are more frequent cannabis users in the United States. When Gallup first assessed regular cannabis use in 2013, they discovered that just 7% of people did so on a regular basis. However, in recent years, that proportion has risen to an average of between 11 and 13 percent, with the current figure at 12 percent.

Cannabis use is on the rise in the United States.

Despite the fact that general population usage of cannabis has risen, a comparison of data from two distinct time periods—gathered via Gallup’s surveys and polls throughout the years—shows no change in generational rates of cannabis use. According to Gallup, “the rise in the percentage of U.S. adults who have tried marijuana is mostly due to millennials replacing older traditionalists in the adult population in the United States.”

Over time, the percentage of Americans who have used marijuana in each generation (pulled from Gallup)

Don’t think we’ve overlooked the most apparent causes of the increase: decriminalization, destigmatization, and legalization. Greater acceptability, legalization in many countries, and increased knowledge of cannabis’ medicinal potential may all contribute to the rising proportion of individuals who have used cannabis in their lifetime.

Gallup determined that younger Americans are more likely to use cannabis, based on the results of this year’s survey and prior years’ findings. When comparing the 20% of millennials, 11% of Gen Xers, 9% of baby boomers, and 1% of traditionalists who presently consume cannabis, it is apparent that there is a huge difference between the youngest and oldest generations (excluding Gen Z due to lack of data) (traditionalists).

Based on these findings, Gallup claims that “at least historically, individuals tend to use marijuana at a younger age, but most no longer smoke it as they grow older.” It’s conceivable, though, that this tendency is shifting as cannabis becomes more legalized, and therefore less stigmatized. Studies of Gen Z (those born after 1996) will be crucial in determining whether or not this trend will continue in the future years.

While Gallup waits for more Gen Z members to be available for data gathering, there is already evidence that Gen Z is the fastest-growing consumer cohort, with women leading the way. According to Headset, a cannabis analytics company, the number of Gen Z women buying cannabis products increased by 151 percent, which is impressive given that the generation’s oldest member is just 24 years old.

Gallup’s survey revealed the following, in addition to information on age disparities in cannabis use:

Given the long-standing stigma connected with cannabis, the fact that almost half of Americans have tried it is a promising result. Only time will tell whether or not that proportion rises.

Chane Leigh, nicknamed The Bud Fairy, is a cannabis advocate and enthusiast from South Africa with a fiery personality and a desire to travel. She enjoys educating others and challenging social conventions. 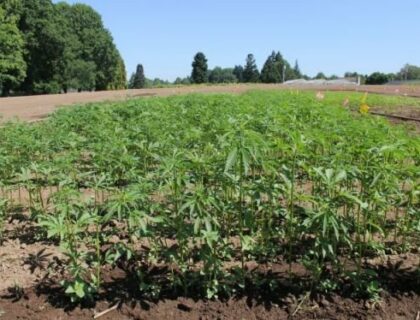 State regulators take a big bite out of the marijuana market